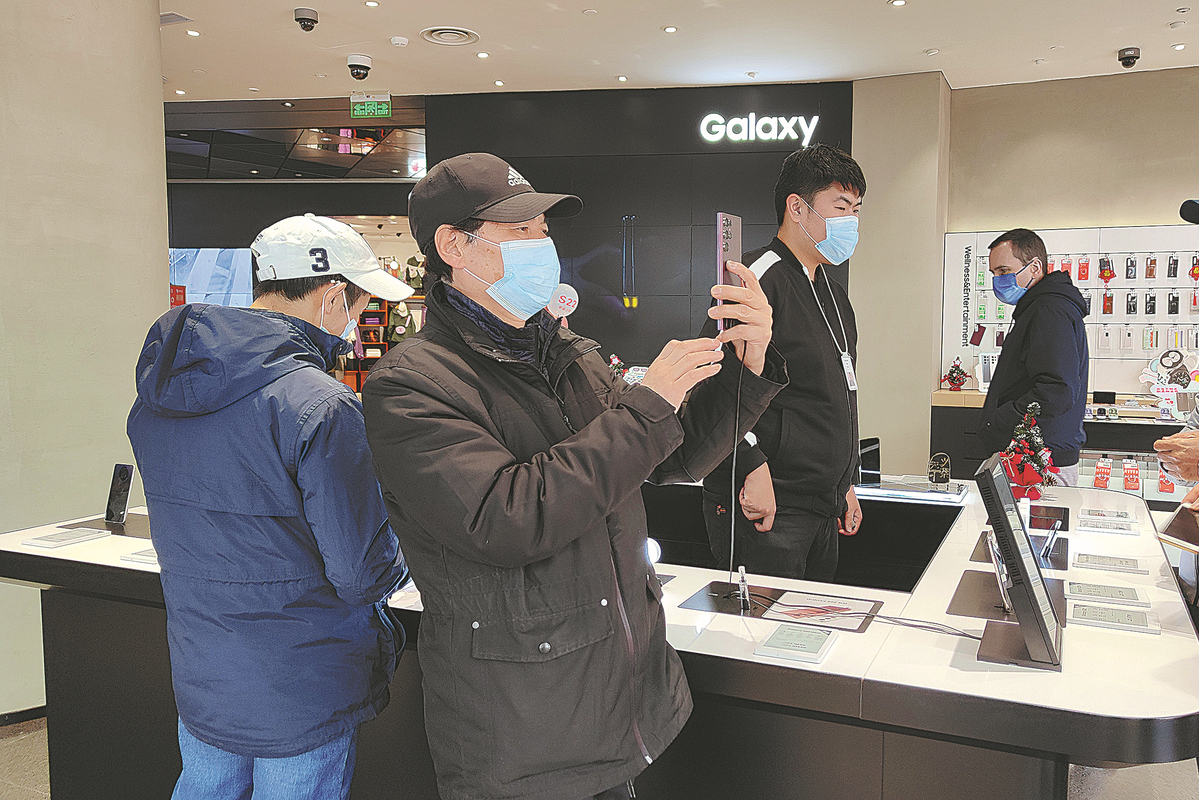 Consumers check out Samsung smartphones at a store in Shanghai on Friday.

Industry experts said the tech heavyweight is still facing enormous challenges and pressure in regaining Chinese consumers' confidence and rejuvenating its sluggish sales in the world's largest smartphone market. More efforts should be made to improve its brand image, cooperate with local partners and expand offline and online retail channels.

Some South Korean media outlets said the company has set up a Chinese business innovation team to back its human resource management and marketing, and shore up its mobile and consumer electronics business.

The new team will report directly to Samsung Vice-Chairman and CEO Han Jong-hee, who is head of the newly merged unit for mobile devices and home appliances called the DX Division, the reports said. However, Samsung Electronics declined to confirm the launch of the team.

Meanwhile, other homegrown brands are eyeing the premium segment and beefing up efforts in technological innovation, research and development, and optimization of the Android operating system, Wang added. "More intense competition is coming in 2022 as no vendors are likely to give up their crown in a lucrative market."

Though the world's biggest smartphone maker, Samsung has been struggling in China over the past few years. According to market consultancy Strategy Analytics, Samsung's sales accounted for only 0.6 percent of the Chinese market in the first quarter of 2021, while the figure in 2013 was some 20 percent.

Samsung is intensifying its localization push to revitalize sales in China. It recently inked a strategic partnership with livestreaming platform Mango TV, and the partners will carry out cooperation in video ecosystems, content output among different devices and R&D in cutting-edge technologies. It also collaborated with Chinese tech giant Baidu Inc in the field of internet of vehicles.

A report released by Canalys, a market research firm, said the shipment of smartphones rose 3 percent year-on-year to 86.6 million units in China in the fourth quarter.

Apple shipped 21.5 million smartphones in China in the fourth quarter and regained top position for the first time since the first quarter of 2015, accounting for a 25 percent market share, thanks to the release of the iPhone 13 series.

Oppo ranked second with 14.3 million units with a strong focus on its mid-to-high portfolio business. Honor consolidated its position in the top three with 14.2 million smartphones shipped, the report said.

"The shipments of smartphones priced more than $800 almost doubled in 2021 compared with 2020, which accounted for about 16 percent of China's smartphone market last year," said Amber Liu, a research analyst at Canalys, adding more handset makers will enter the premium smartphone segment.

Although Samsung topped the list in the global smartphone market for several years, its brand awareness among Chinese consumers is not high, she added. Samsung needs to strengthen brand building and operation, as well as expand online and offline retail channels through collaboration with local partners, she added.

Zhang Mengmeng, research analyst at Counterpoint Research, a market research provider, also said Samsung will still encounter some difficulties in the high-end smartphone market in China, which is currently dominated by Apple's iPhones, and many users of Huawei's smartphones are switching to iPhones.

Although the shipment of Huawei's smartphones dropped dramatically last year due to US government restrictions, other domestic brands have worked hard. But none of them has succeeded in expanding their presence in the premium segment, Zhang said, adding it takes a long time to nurture a high-end phone brand. 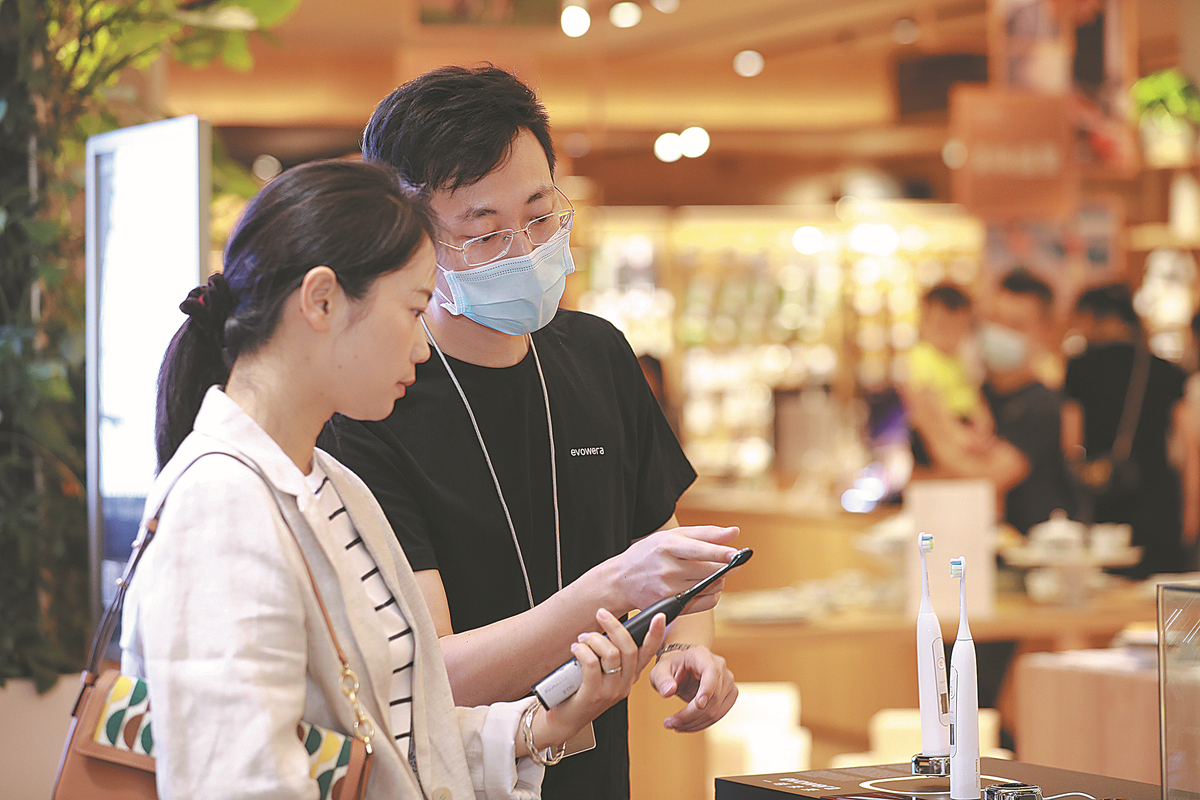 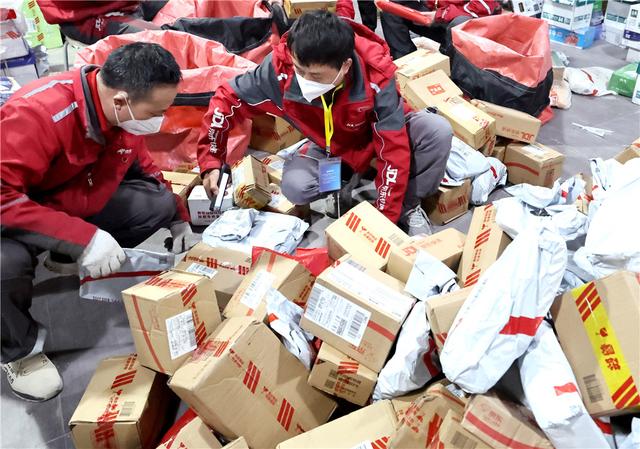 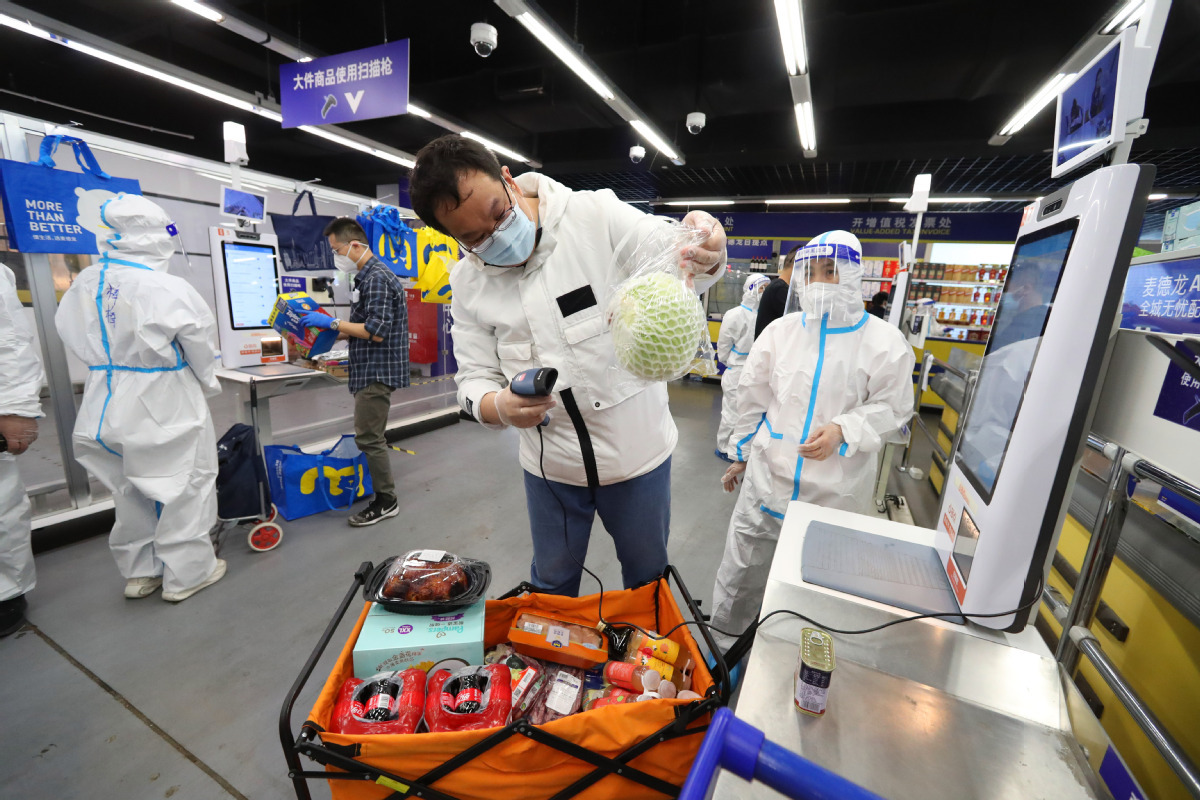